Three of my four Christmas ornament exchanges have happened.  Here is what I got- 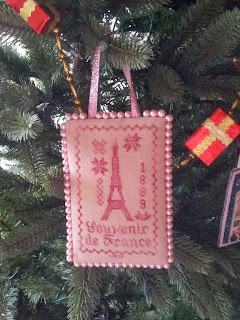 DD#1 and I did the first exchange. DD# 2 and DD #3 both decided to pass on this year's exchange.  I think time just got away from them. This is the Blackbird Designs ornament I received. It's the first time I have seen an ornament with the over-sized beads around the edge and I really like it! (Yes, she used hot glue to attach them) And it is pink which is always a winner with me. 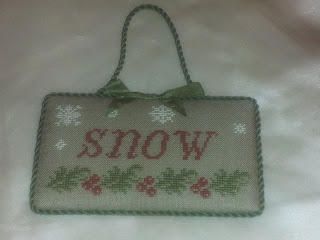 This is the Stacey Nash ornament I gave to her.  But I told her after she opened it that I had several more finished in my bedroom and if she would like to have one of those she could trade. 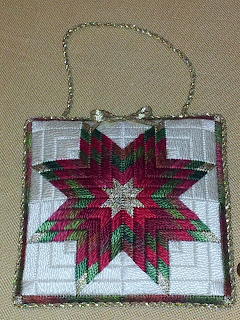 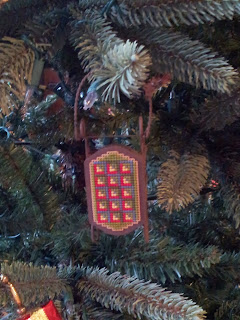 Here is the ornament I received at my local ANG chapter Christmas party. Can you see the log cabin quilt design cross-stitched on the sled?  Very cute. 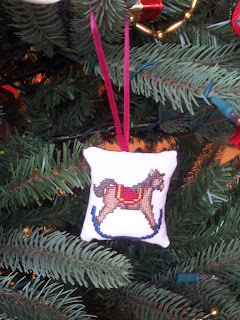 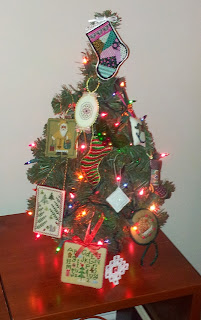 This is the mini Christmas tree with all the ornaments from the exchange for the Sampler Guild.  The one I brought was on the bottom of the tree-it is square with an alphabet sampler on it. 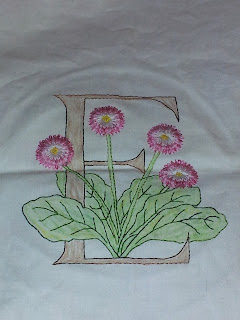 Here is the letter E for my Crabapple Hill Gardener's Alphabet quilt finished. 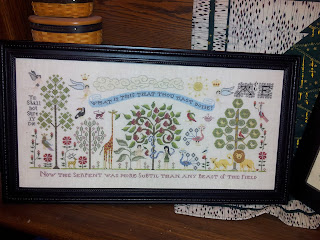 Dear DH made me a frame for Paradise Lost.  It has been sitting in my finished drawer for over a year now.  He bought some picture frame trim at Home Depot.  Cut it to fit and painted it satin black for me.  I am SO happy with the way it turned out!
Even DH commented that it was a very striking piece.  (very rarely does he comment on my stitching). I mentioned that I have The Flood from Plum Street Samplers to go with this but haven't started it.  But I did buy a matching piece of linen so these two would go together. So he went out and bought more of the same trim so it would eventually have a matching frame too!
And now last, but definitely not least---- 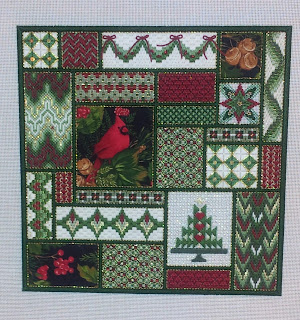 Susan Kerndt's Holiday Patches is Finished!
It was supposed to be finished last Christmas but better late than never :) I especially love the the use of fabric in this design. One of the members of my ANG guild brought this red cardinal fabric to our meeting when we worked together to fuse our fabric to the canvas.  Oh, it looks so much better than the fabric I had originally planned to use.
There is still more Christmas celebrating going on this next week and I hope to share another large finish before the end of the year.  Have a wonderful week!
Posted by Teresa S. at 12:39 PM 20 comments:

I have been putting off posting because there is a big finish on the way!
But I feel guilty, so here is what I can post today. 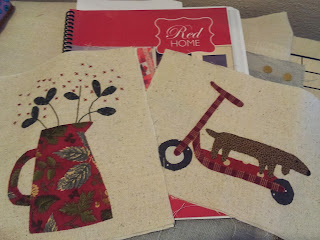 Two more blocks on my Red Home quilt by Natalie Bird are finished. 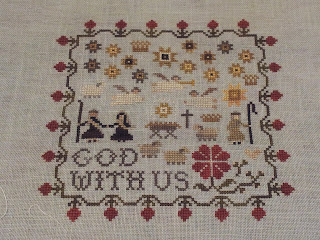 My mystery sampler by Plum Street is finished!  It is so cute! Thanks for an unexpected Christmas present, Paulette! 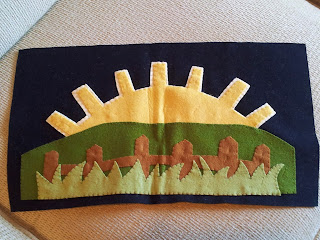 One more block for Wooly Good Year quilt by Wooden Spool Designs is finished. I hope the crease in the wool disappears when it is quilted? 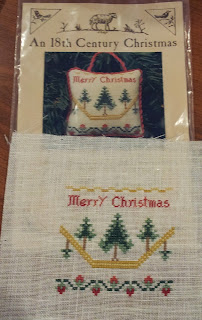 I signed up for the two Barbara Jackson Christmas ornaments on Shining Needle Society.  When they arrived, guess what I found in my stash?  A really old ornament by Barbara!  And I decided to start with it.  Finished in one day, too. 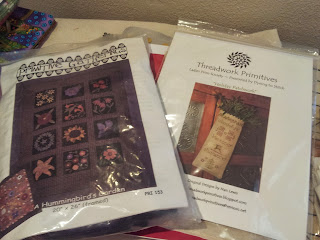