I put off posting thinking I would have more finishes to share, but it didn't happen.  So I decided to go ahead and share what I have.
After last months big finish of Rosewood Manor's Cornwall Sampler, I wanted to switch gears and work on smalls for a while. 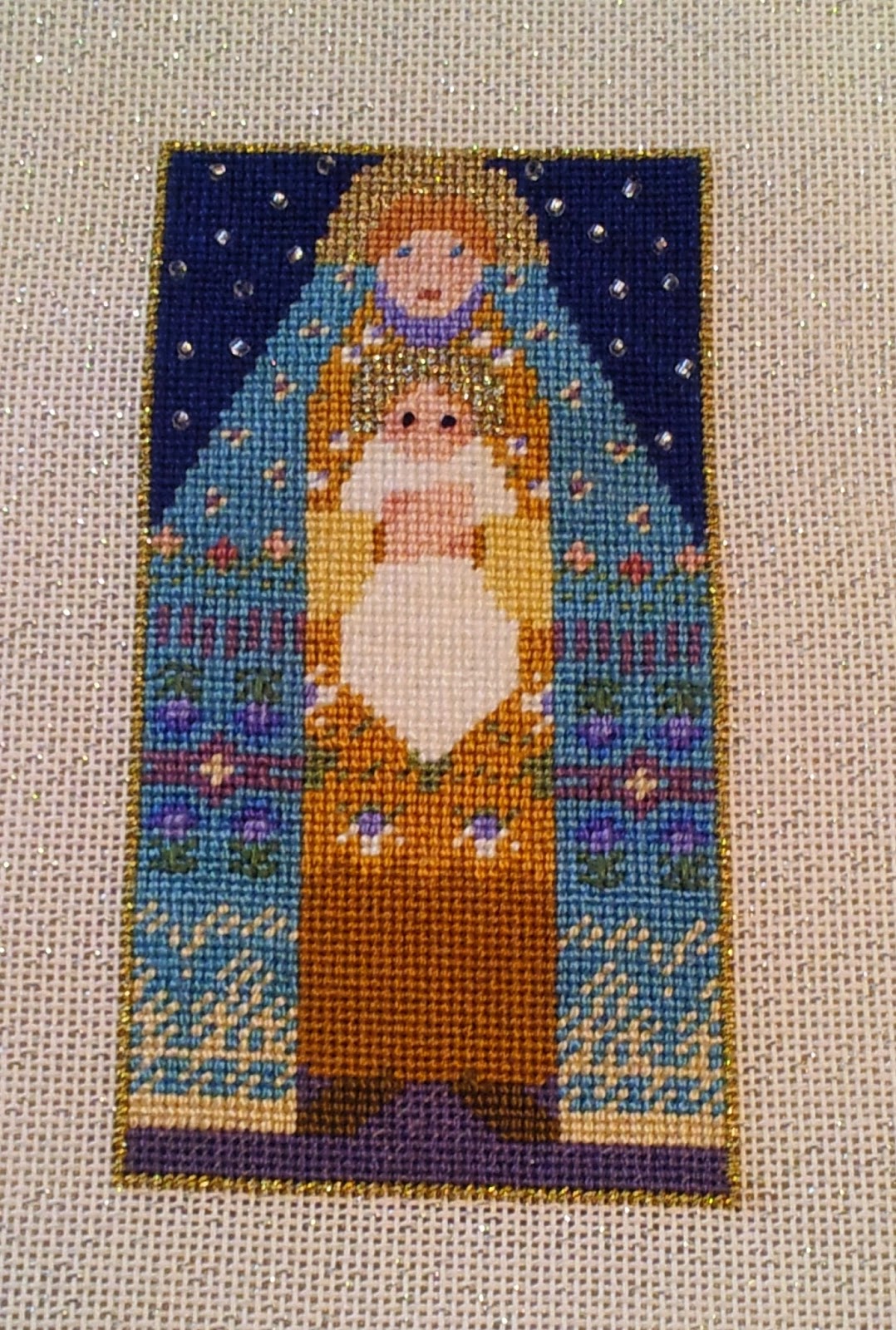 Finish #1-Cricket Collection Mother and Child
On 18ct gold-flecked mono canvas instead of linen.  I used beads for the stars in the sky. And metallic thread for the halos. 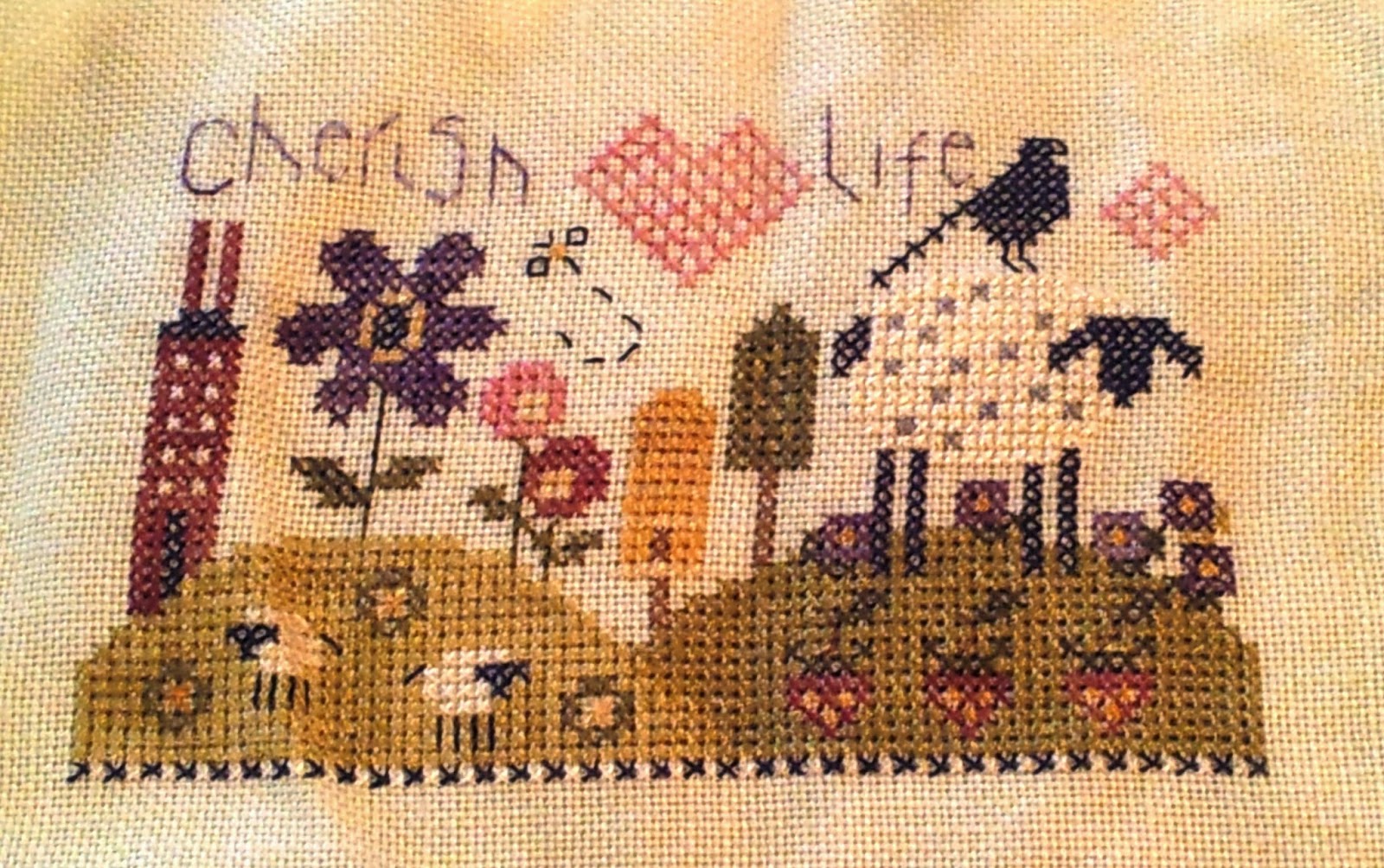 Finish #2 Shepherd's Bush Shepherd's Fold needlebook.
Used fabric and threads in kit.
BTW, I found an old Shepherd's Bush chart that says Shepard's Bush.  What happened with that?  Is it a misprint or did they change the spelling of their name to the current one? Anyone know?? 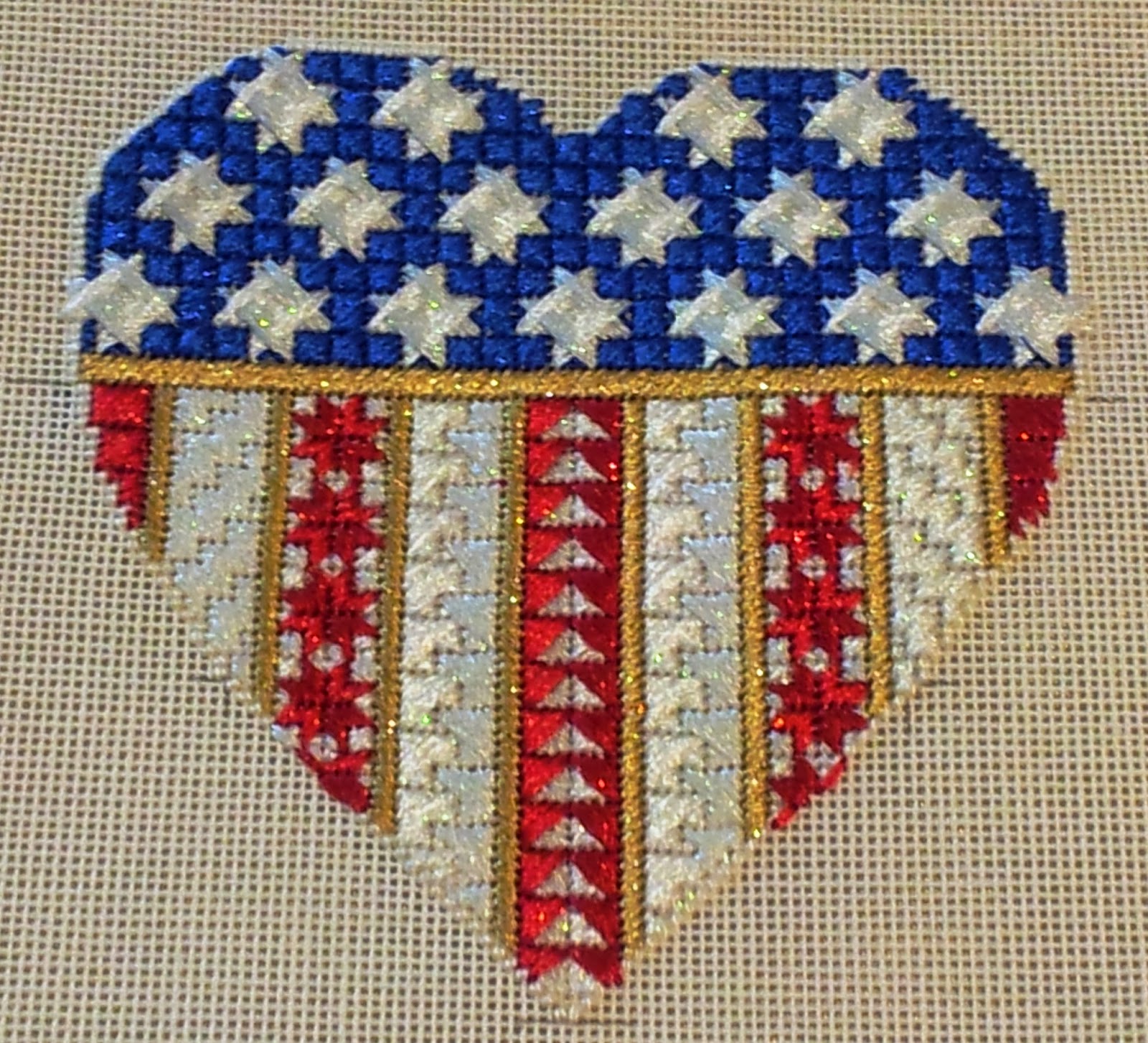 Finish #3 Margaret Bendig's Patriotic Heart ornament
I bought this one off of ebay with the threads.  It was already started with only a small amount of stitching still needed to complete it.  I love it! 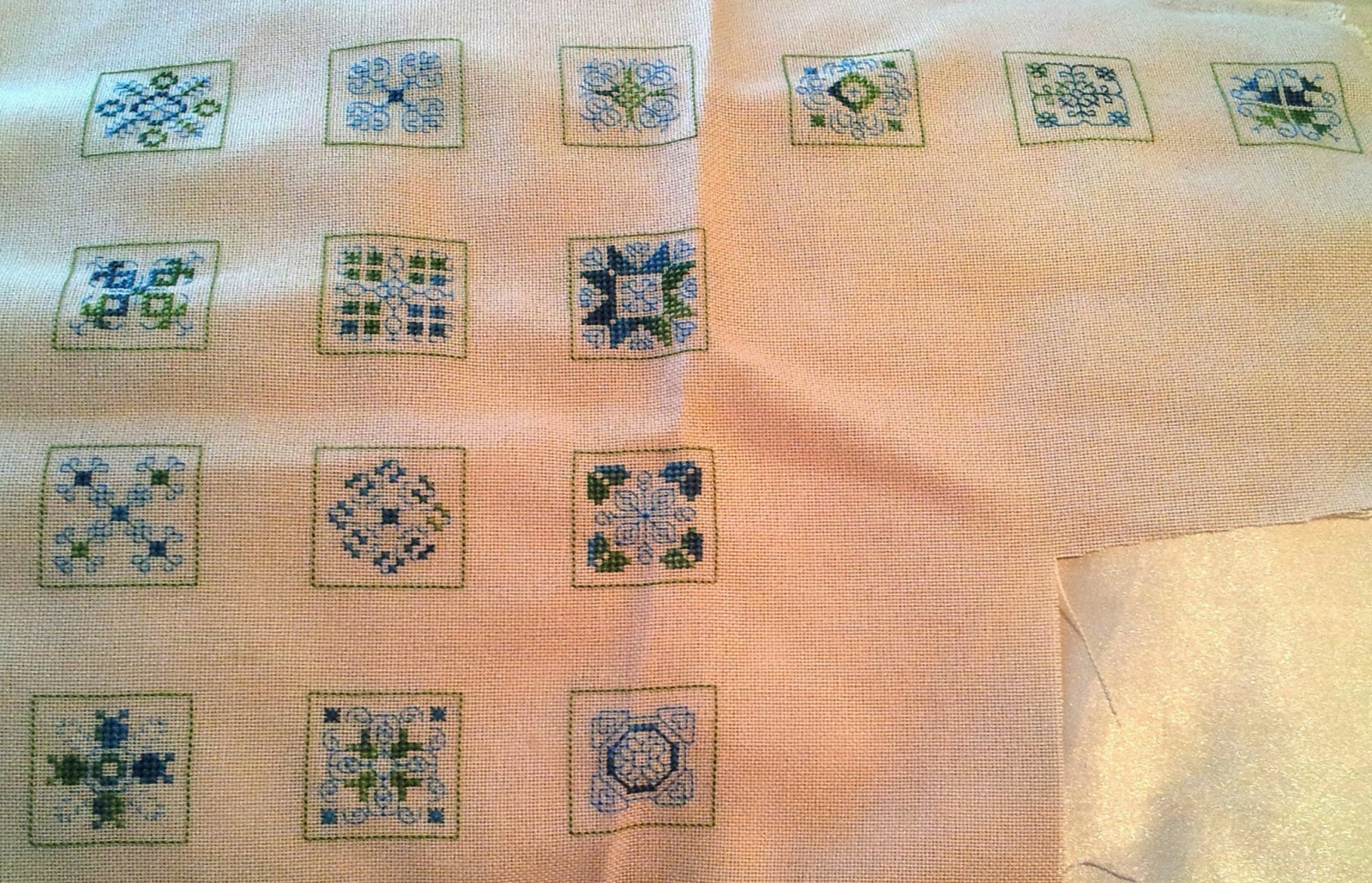 Finish #4 15 sided biscornu EGA SAL for 2015
I am the coordinator for this project. This is the counted cross stitch version.  There is also a pulled thread version that another member has graciously agreed to stitch.  All 15 blocks are stitched, but no beads have been added yet. I'm using an evenweave fabric with Seahawks color inspired threads :) 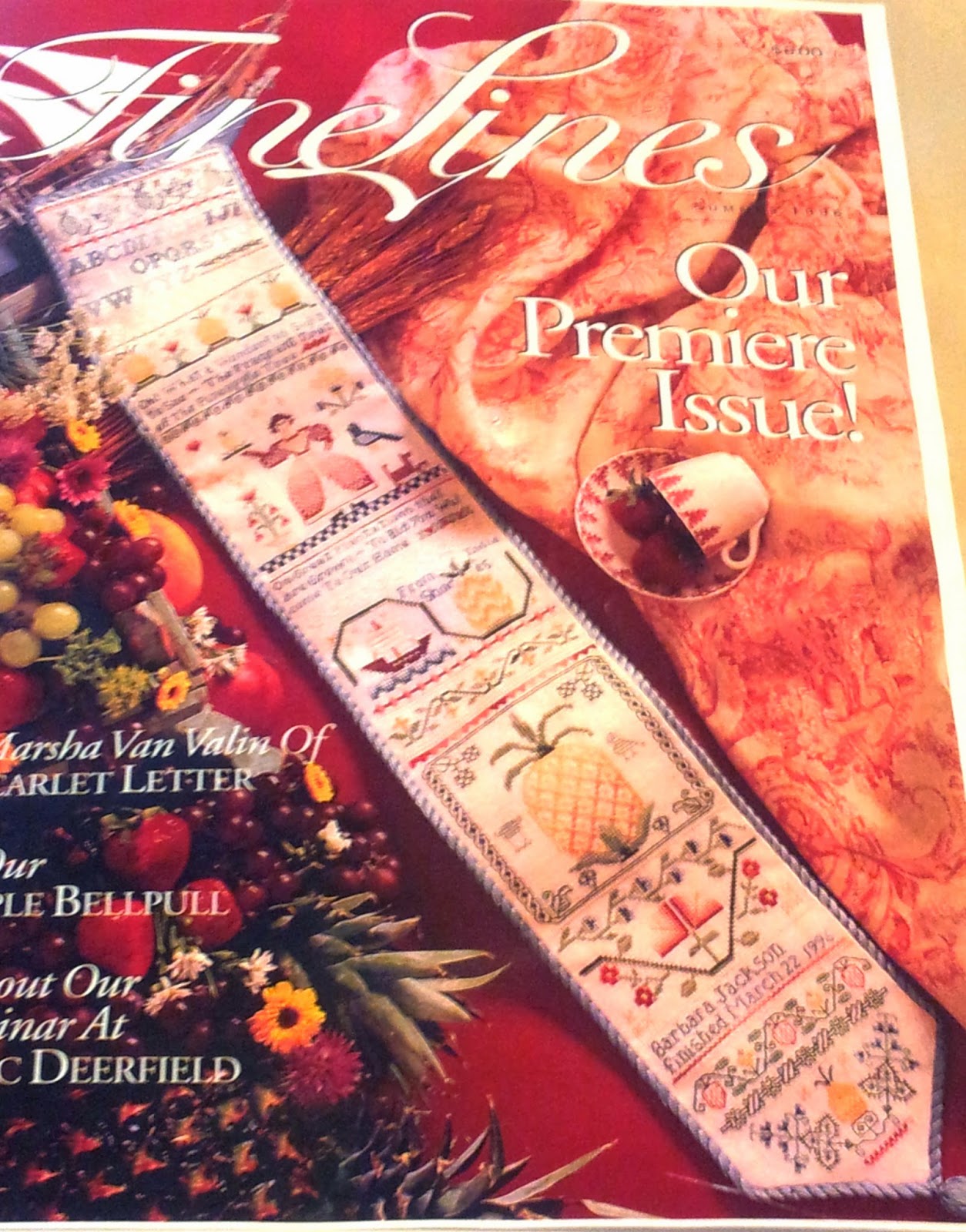 And I joined my local EGA Round Robin.  This is the project I chose-Barbara Jackson's Pineapple Bell Pull from Fine Lines Magazine.
I have it completely basted on the linen and I stitched several small rows to help MY counting.  Then I completed the large pineapple row.
I'm thinking about doing another row before I send it on its way on Saturday.   There are only 7 people in this round robin and there are 27 rows in this bell pull!  I don't expect it to be completed when it returns but all help is greatly appreciated. 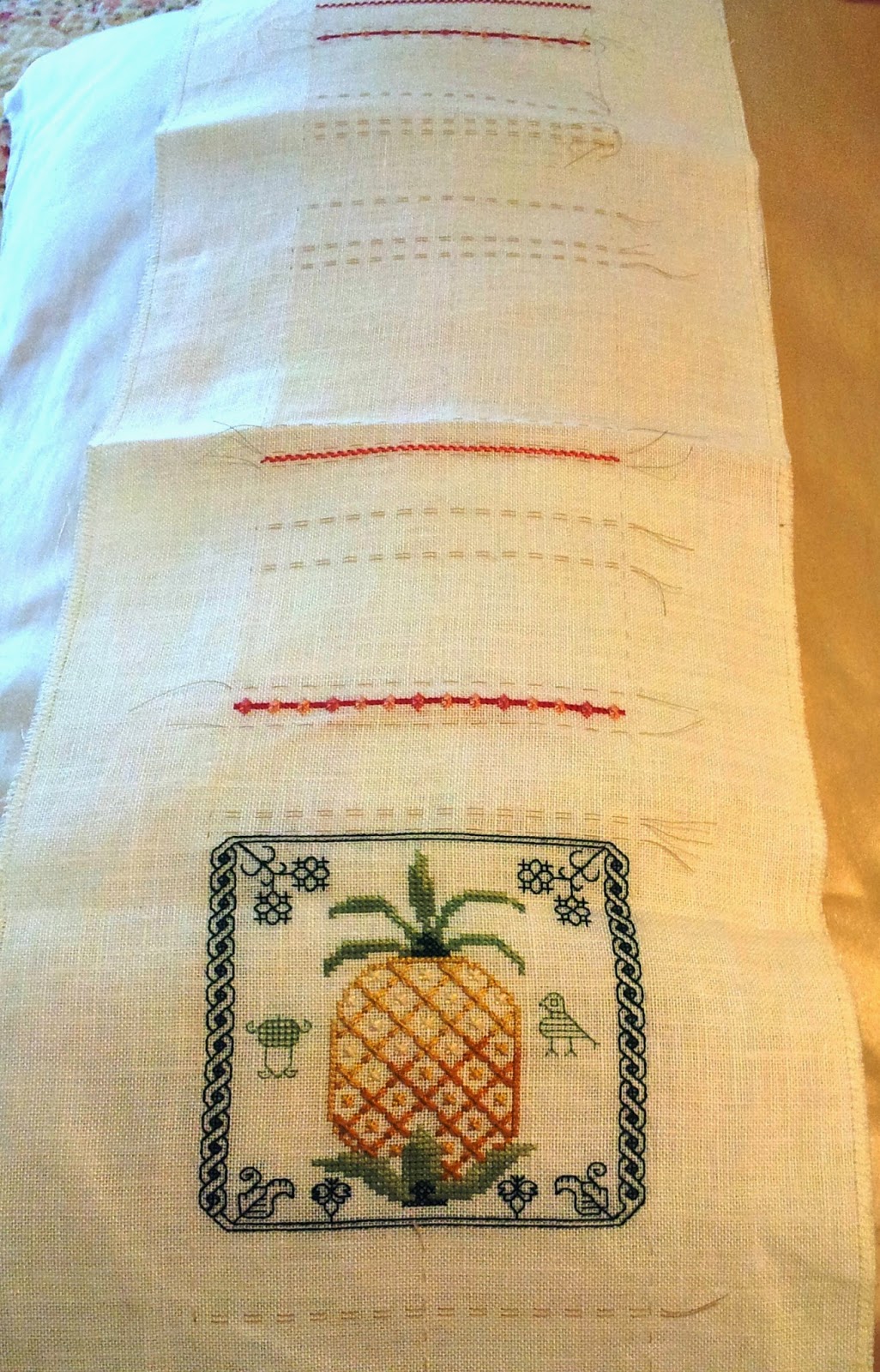 Here it is so far. There are a lot of specialty stitches in this project including some pulled thread.
I have been very busy selling on ebay.  I just got my largest consignment ever-inventory from a shop that decided to concentrate on knitting and not other needlework.  I'm working on an inventory spreadsheet and I'm over 2,000 items so far.